Are you an indoor grower looking for super-high indoor bud yields and top-tier potency? Most of the top lists on the internet parrot each other, so you’ll see all the same strains over and over again. At Grow Supply Shop, we’re not parrots. We’re growers. We’ve done our homework.

Below are some of the best indoor strains for yield and potency. All of them get raving reviews from both users and growers. We’ll show you how to buy these strains from seed banks and get them shipped to the USA, too.

Chocolope is known for its ability to energize you instead of imprisoning you on your own couch. If you have a lot of stuff to do, this is the indoor strain you want to use. The high is euphoric, dreamy, git-er-done-esque, and mental. Very few people report paranoia, spaciness, or anxiety.

The strain is not only uplifting and motivating while you’re high, but also for hours after you come down.

The flavor is earthy, sweet, and coffee-like.

Medical users tend to like its ability to wipe out bad moods, anxiety, and stress.

Chocolope’s flowering time is about nine to 10 weeks according to I Love Growing Marijuana (ILGM).

CBD lovers and medicinal users tend to like Chocolope because it contains 0.20% CBD.

DNA Genetics developed this strain from Cannalope Haze and Chocolate Thai, both of which are sativas.

Leafly reviews of this strain average 4.3/5, and there are well over a thousand of them.

Where to Buy Chocolope Seeds

Chocolope is available through a lot of seed banks. If you need shipping to the USA, thenbuy Chocolope from ILGM.

The people who named this strain weren’t kidding. This one produces massive yields. The buds are massive, too, and they could break your branches if you’re not careful. Be sure to train your plants properly.

Critical Mass induces a strong and long body high that is relaxed and happy. There may be a struggle between looking for amusement in the little things in life and heavy couchlock. You could go either in the silly and sedated direction or just sedated. Very few people report paranoia or anxiety. Most likely, you will want to save this one for night time.

The flavor is a bit peppery and citrusy, and some would describe it as herbal.

Mr. Nice Seed Bank created this strain with genetics from Afghani and Skunk #1.

Where to Buy Critical Mass Seeds

ILGM ships to the USA.Buy Critical Mass from ILGM.

Tutankhamon (aka King Tut) by Pyramid Seeds yields not only tons of bud indoors, but lots of branches as well. Your girls will have an easier time holding up the buds than Critical Mass.

This strain is ideal for both indoor growing and hydronic systems. For fungus prevention, don’t crank up the humidity too high.

The cerebral high may be too intense for some people. This is a sativa strain with a THC potency of up to 29%, so it’s not for lightweights. Cottonmouth, paranoia, and dry eyes could be a problem, too.

The buzz can be described as happy, euphoric, and energetic. It ain’t a couchlock strain. Your mind will likely remain clear and creative.

Tutankhamon’s flavor is sweet, skunky, fruity, and citrusy. The skunk isn’t dominant, as it’s balanced by the fruit notes, which include lemon.

CBD levels are all over the place. This isn’t the most consistent strain for that stuff.

The genetics come from AK-47.


Where to Buy Tutankhamon Seeds

Talk to a Growing Expert
Call, text, or email us with your growing questions for free.
1-800-587-6207 | 9AM-12PM EST MON-FRI
support@growsupplyshop.com
#GetYourGrowOn 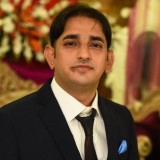 Comments will be approved before showing up.

The Different Types of Grow Lights for Indoor Plants

We just took the confusion out of learning about the different types of grow lights for indoor plants by putting all the pros and cons of each in one place.

GSS used to have mainly LED grow lights. Now there are all kinds to choose from. Learn what each light is, what it does, and how it can help your indoor grow set up.

How to Prevent and Remove Powdery Mildew that Kills Indoor Plants

Guide Indoor Grow Room Indoor Growing Prevent Powdery Mildew Quick Reference
Powdery mildew is one of the top destroyers of grows. Humid environments are most vulnerable, but this menace invades indoor and outdoor plants in deserts, too. Stick around, and we’ll teach you how to prevent and remove powdery mildew infections so you won’t have to worry about your indoor plants getting ruined.

Are you wanting to take your grow to the next level? Learn how you can increase the trichome production in your indoor grow room.

Be the first to know about upcoming sales and promos. Get a 10% discount coupon when you subscribe!

Get a sneak peek on upcoming promos and get 10% off your first order!